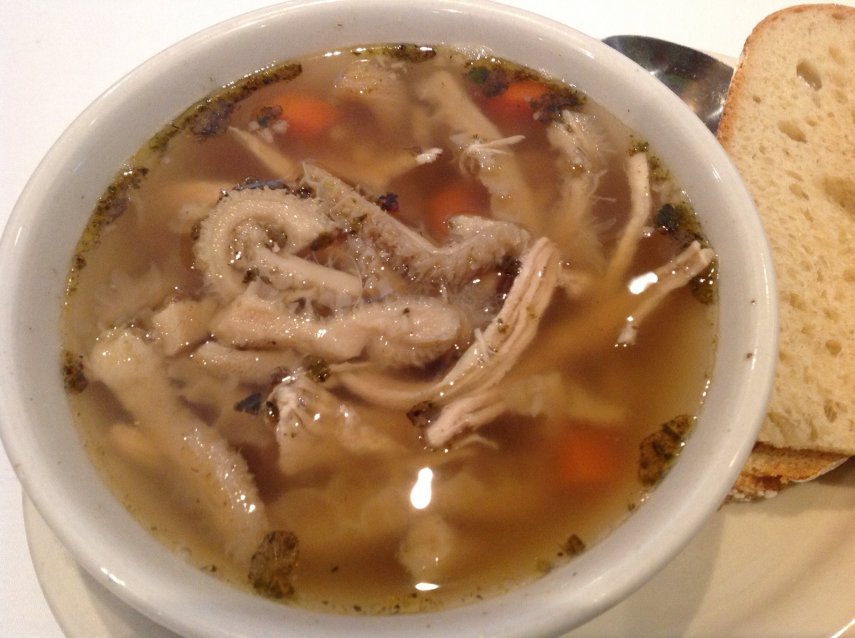 The basis of the dish is fresh beef tripe, specially prepared and chopped into small strips. No less important is a light sour cream chowder with the addition of onions and a set of spices, in which the dish is brought to the desired state just before serving. It should be noted that the famous Polish flyaki are most likely a simplified, diluted to the state of a soup, a cheap tavern version of an old Lithuanian dish.

The history of the recipe

The revival of the recipe for this ancient dish began with a historical document - the memoirs of a German traveler of the 17th century, who was fortunate enough to be a guest of honor at the then noble estate somewhere in the Grand Duchy of Lithuania. And as the most honorable dish, which is prepared exclusively for dear guests, at the end of the dinner, hot Lithuanian flyaki were served on the table with special solemnity.

The main feature that made flaks in those distant times so expensive and intended exclusively for the most solemn occasions is that they are prepared from fresh beef tripe.

The cow at all times was the breadwinner for both a simple peasant and for the richest noble family, daily providing the farm with milk, sour cream, butter, cottage cheese and raw materials for making cheese. Accordingly, such a useful animal was put under the knife only in exceptional cases. Because of this, Lithuanian flyaki were rarely prepared and therefore very expensive.